Classified Print  Add to favorites  Tell a friend  Number of times listing has been viewed: 486 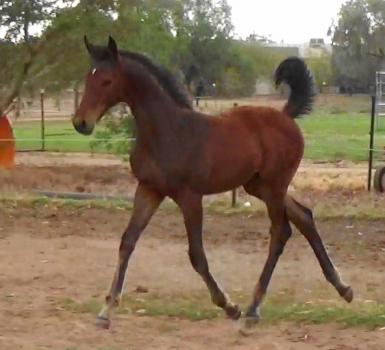 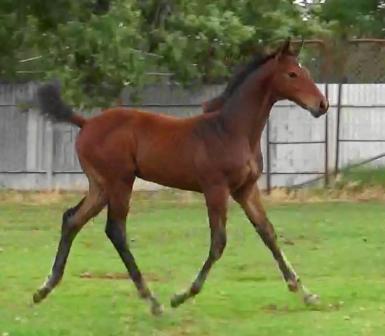 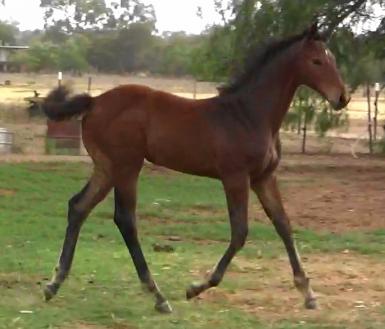 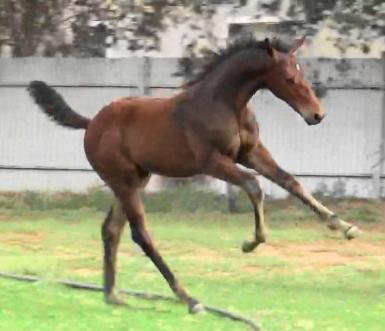 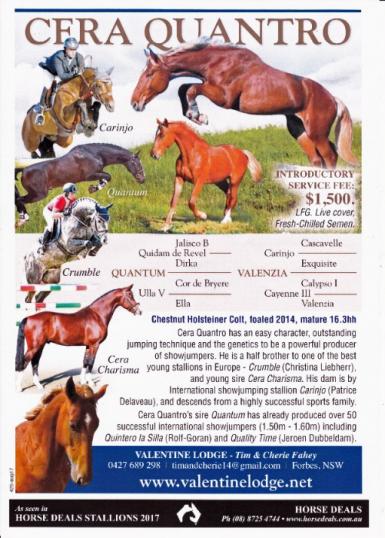 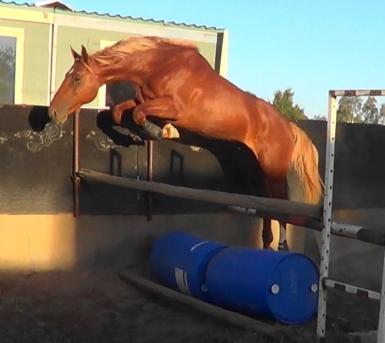 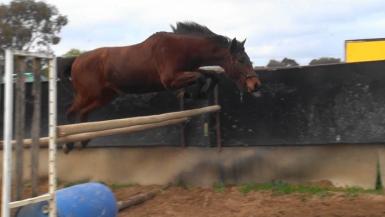 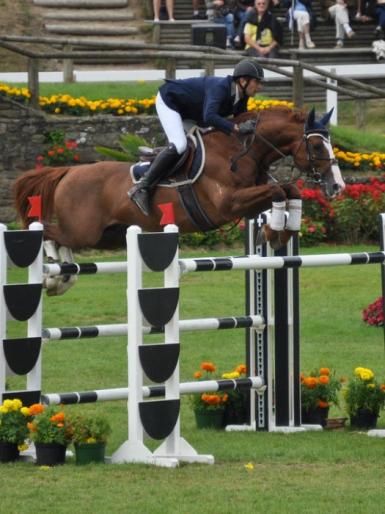 2019 bay Colt- by Cera Quantro (Quantum x Carinjo x Calypso 1) from VL Nikkole (Wirragulla Nicklaus x Crazy Moon x Colourman). Quinlan is friendly and well handled. He leads and has his feet trimmed regularly, always being a pleasure to work with.
Available upon weaning.
Payment plan by Arrangement.
His sire is the well bred Colt Cera Quantro which carries some of the most influential sire and marelines in the world for the production of Showjumpers and Sires. His dam Valenzia is a daughter of successful international showjumping stallion Carinjo (Patrice Delaveau), and descends from a highly successful sports family- Holstein Stamm 242. This mareline has produced World class show jumpers and more than 40 approved stallions, which rank amongst the very best in Holstein. Valenzia herself has already produced L.B. Crumble by Colman, which is now competing at 1.40m level with Christina Liebherr, She is also the dam of exciting second season sire Cera Charisma by Casall Ask.
Cera Quantro’s sire Quantum completed his approval as Reserve Champion, and today he is a top class inheritor, which transmits his quality to his offspring, he was ranked 12th in the WBFSH sires Under 20 years old World Rankings in 2013. He is the sire of 3 horses selected for the 2014 World Equestrian Game in Normandy, and is the sire of 65 CSI, CSIO, and World Cup winners

Quantum combines the two leading sire lines of the Top 100 Sire Rankings for Showjumpers, thru his sire Quidam de Revel, and dam sire Cor de la Bryere. The 1992 Olympic Stallion Quidam de Revel himself is ranked 11th in the Top 20 stallion Rankings for 2017 and another 4 stallions in the top 20 descend from Quidam, making a quarter of the stallions in the Top 20 stallions descend from the Quidam sire line. Cor de la Bryere is the most influential sireline in both the Top 100 Showjumping Sires and Broodmare Sire Rankings.
Quantum is a direct descendant of the famous Dorette mareline –Holstein Stamm 18b1, which boasts a huge percentage of 1.50m-1.60m jumpers and important stallions. Quantum’s dam Ulla V is the full sister of ’Constant’ the sire of great Olympic competitor and stallion ‘Chin Chin’ and grandsire of exceptional foundation mare Querly Chin. Quantum’s great granddam, Dorette also bred the good sires ‘Roman’ and ‘Farn’, -Farn sired the great grand prix jumping stallion and sire of sires ‘Nimmerdor’.

VL Nikkole's sire is Paul Athanasoff's , homebred Wirragulla Nicklaus, the Australian Showjumping Champions in 2011, he competed successfully internationally and was shortlisted for the Australian showjumping team for the Beijing Olympics in 2008. Nicklaus is the sire of several Grandprix showjumpers including Nic of Time which is now ridden by Ryuma Hirota representing Japan, and Tony Norman's very careful mare Nicolette, which won 3 big classes in a row at the end of 2016 with David Cameron, (The Silver Final at Showcase of Showjumping, the Mini Prix at Sydney Showjump Club and the Mini Prix Final at Summer Classic).
Nikkole's thoroughbred dam Liberty Belle produced Cotrell which has successfully started his eventing career. She is also the dam of the mare Shimmer and gelding Levi.