Classified Print  Add to favorites  Tell a friend  Number of times listing has been viewed: 1476 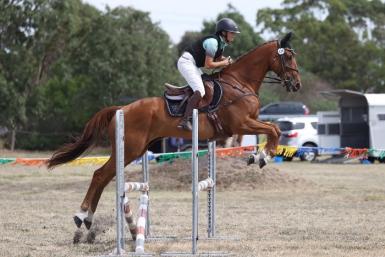 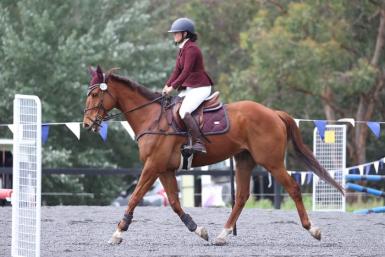 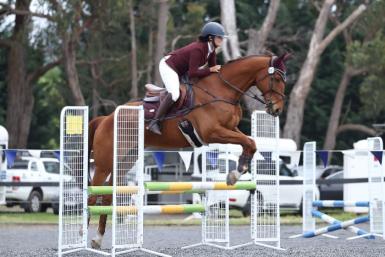 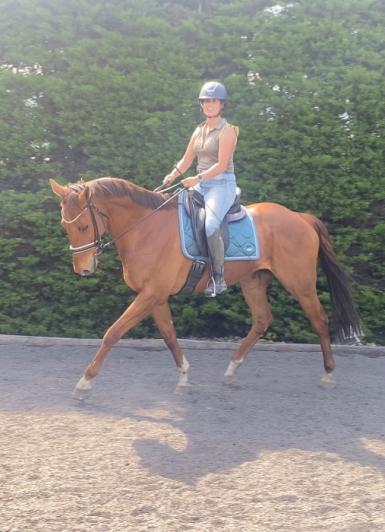 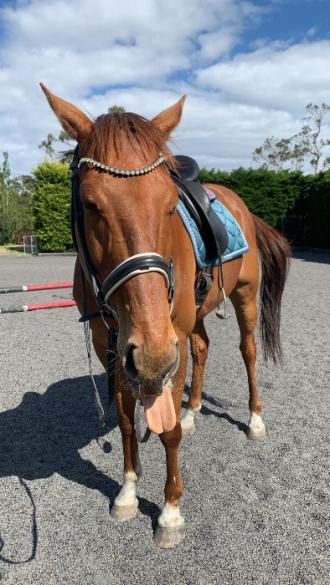 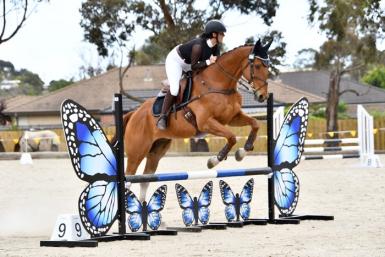 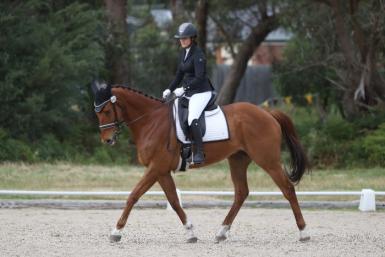 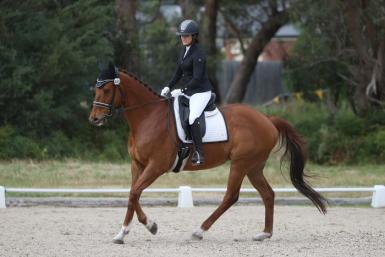 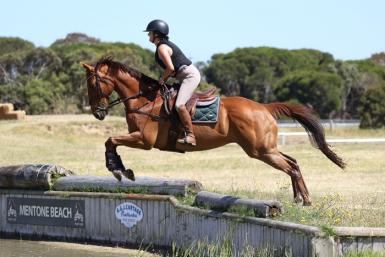 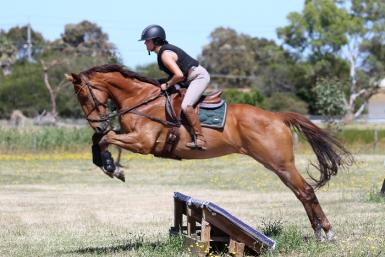 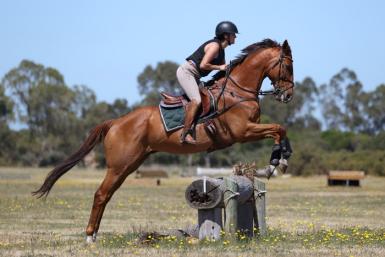 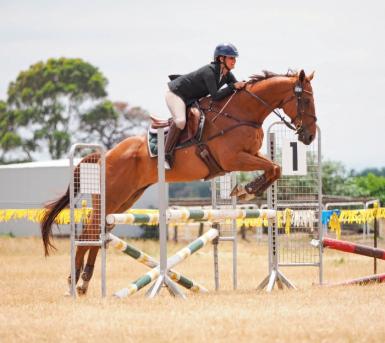 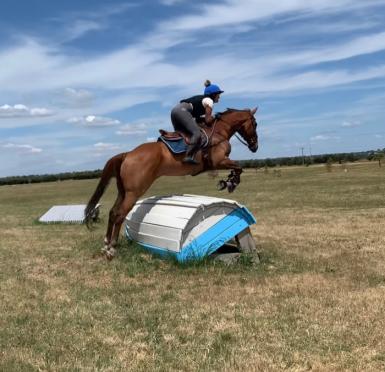 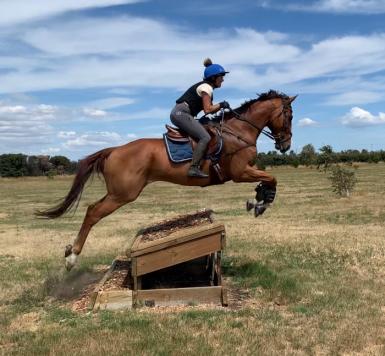 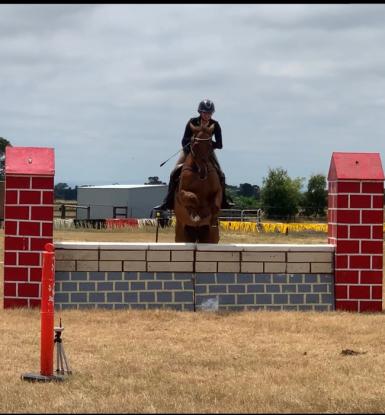 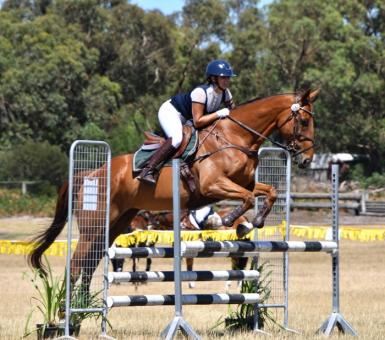 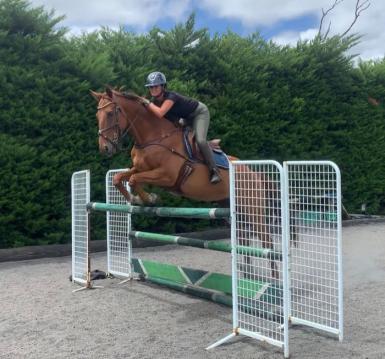 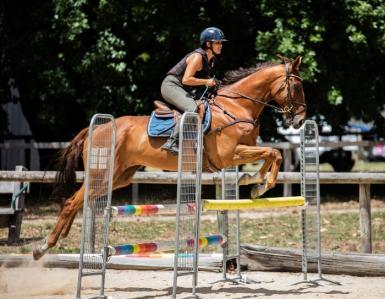 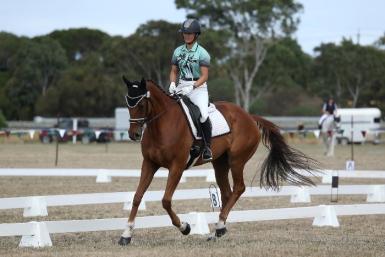 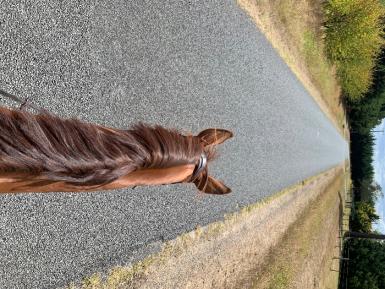 He has competed happily up to 105 showjumping and still has potential to go higher. He is not bothered by fillers at all. I’ve schooled him up to 120 and he still barely tries. He absolutely loves cross country, has competed level 3 HT and ready to go Level 2. He is brave and finds it effortless. Sometimes he gets a bit strong when jumping however is quite easy to half halt out on course and in between fences. He holds a great rhythm and is literally like a robot on an xc course… he seriously loves it. He will literally climb through the levels with his next rider. He is a star potential horse and really doesn’t start jumping until the fences are over 1m. He is also extremely forgiving and genuine with jumping, I have stuffed up many of times and he has never taken advantage of me getting left behind or losing my position.

On the flat he is very well schooled. He is brilliant at home and extremely straight forward to ride. Happy to go on the buckle in all three paces or work on a contact. He knows his laterals and has fantastic movement for an ottb… he is very elegant and can really lengthen. He has a super comfy canter that is very adjustable for his size and a great active walk. He can sometimes get tense in the ring but this has been improving with each outing. He is also forward off the leg, no need to kick constantly.

Laz has nothing nasty or dirty about him. Due to my previous accidents I would never own anything that had any vices. He is a super loving gelding, a little dim sometimes but I’ve never ever had him do anything nasty under saddle or on the ground. He loves attention and is very happy to work. He's never gotten sour towards work and loves coming in most days. He is also great after time off with no need to lunge (he is however beautiful to lunge) Would be a great horse for a young rider to take up the levels, he’s had all the exposure so is ready to go.

He is also great to take out alone or with company, he is fine on a straight or angle load float.  He’s been great going out with one other horse and having that horse gallop off/go out of site. He has also been camping and was fine to yard over night. I have a lot of people that can vouch for this horse… he is ridiculously awesome and a great person to be around. I am selling as I bought myself two horses for the summer and unfortunately he is the one I need to sell. My other one is a little too quirky to move on.

Would suit a confident rider, he is big and a forward moving horse, (however does have his lazy days just like anyone) he's been out on roads and isn't stupid around cars. He can be left for days/weeks and be ridden with no dirt. Loads of footage on my Instagram Hendricks.equestrian
please contact me on 0422656722 I am obviously negotiable on price as I really want an amazing competition home for this guy. He is pretty special and deserves to go out and do some cool stuff!