Classified Print  Add to favorites  Tell a friend  Number of times listing has been viewed: 722 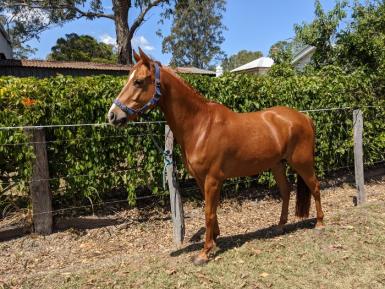 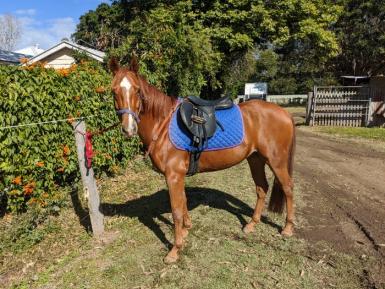 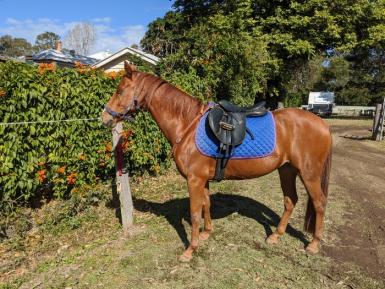 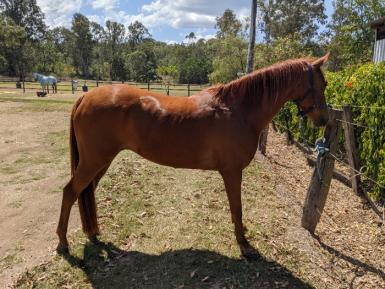 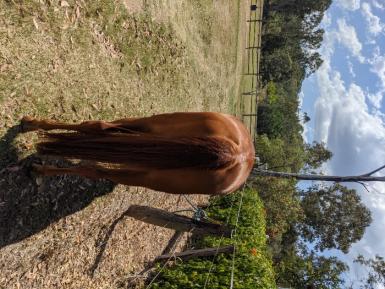 31 Oct
TanyaHolliman
Show Phone Number
0415914584
View seller's other ads
7 year old chestnut gelding 13.3hh, riding pony x Welsh pony. Sire is Garden Vale Stylish Image, Dam is Maytime Chantel.
Has been broken in just over 12 months.
Has basic flat work, 3 nice pacers, just started to learn flying changes, would suit pony dressage or as a pony club Mount/ all rounder.
not for beginner Rider as he is quiet but has not had the miles under him and his young so just can't guarantee him being a beginners pony, I do lead my four-year-old child around on him though.
I have taken him to a couple of pony club rally days and he has been well behaved. I have not really jumped him just stepped over small logs and poles.
He is good to catch float & trim, he has nice hard feet. He is a good dua on little feed, he will be sold with his rugs.
He is not registered at the moment but I believe he can be jewel registered I have his breeding papers which will go with him.
He is a little head shy at the moment only a problem when putting a bridle on.
For sale due to me having a 3rd baby and I'm just not going to have the time that he needs for his education.
His price is negotiable, he's completely sound and scar free, he has had his teeth and vaccinations including Hendra done on the 31st of July.
He is currently being ridden once a week but not by me.
Rider in video is 6 foot 1.
Price: $ 3,500.00 AUD GST not applicable
Listing ID: 94118