Classified Print  Add to favorites  Tell a friend  Number of times listing has been viewed: 1029 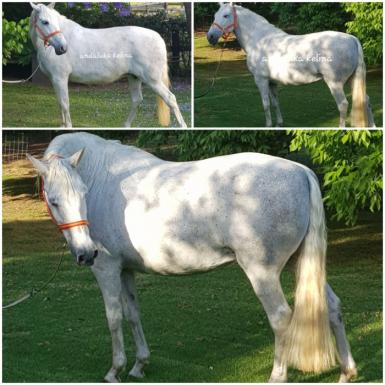 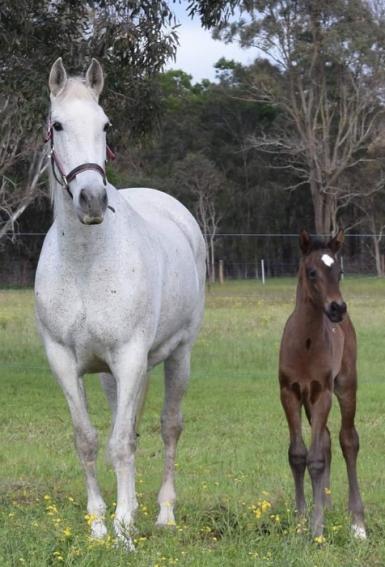 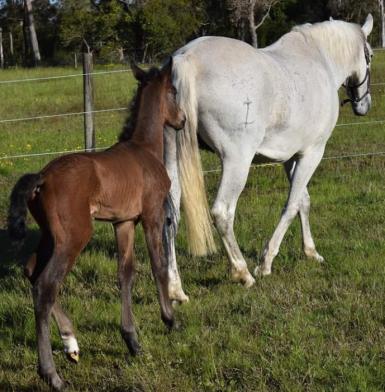 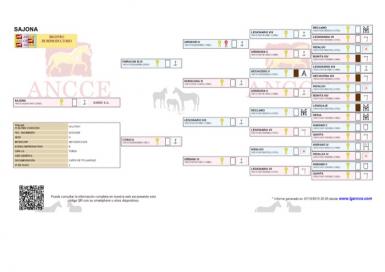 Tranquilo Lodge  only will be sold to the best of homes
ANDALUKA KELINA  PRE APTO 16.1 HH daughter of the Spanish import JOVIAL.
SIRE - JOVIAL SI was the impeccably bred PEDRO SALAS GARAU stallion imported to Australia and unfortunately deceased not long after his arrival. His dam ENDRINA S was awarded "Reproductor Calificado" - the next level above APTO and only awarded to stallions/broodmares that have passed strict testing of breed morphology, xrays, functionality and veterinary control.

DAM - ANDALUKA KENA won the Royal Melbourne Show of Champions in 1994 in a class of 5 mares and then went on to beat the Champion Entire to be Champion Spanish Andalusian. KENA was also won Champion Spanish Female twice at the AHAA Victorian Championships. KENA was by MANUKA MONTEGO out of MANUKA KELINDA, who was one of two mares in Australia by the Champion of Spain - JENSON, a grandson of MALUSO. Manuka Kelinda was born in England during her dam's Kelia's quarantine from Spain to Australia. Kelia bred by YEGUADA MILITAR and imported to Australia by Alice Station of Manuka stud. ANDALUKA KELINA is the only PRE offspring of ANDALUKA KENA.
Kelina is the Dam to some of our truley beautiful quality horses TL Jenson, TL Kelino, * Elle *TL Tranquila
Sire to all T.L Tranquilo Kelina has been hand served and has always gone into foal 1st time foaling without any problems