Classified Print  Add to favorites  Tell a friend  Number of times listing has been viewed: 665 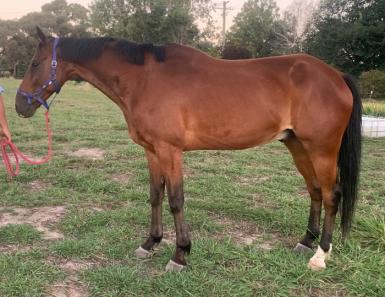 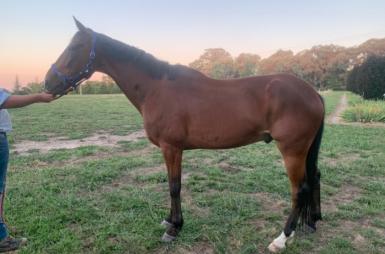 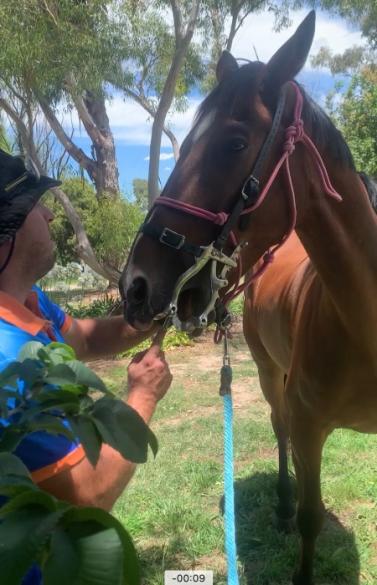 Jack is a 16hh 9yo Bay Standardbred Gelding by Courange Under Fire NZ. Jack raced once as CatchMeCourage but was too big and still growing so had an early and sound retirement where he graduated to the paddock life. Jack has since been in the paddock putting weight back on and getting lots of TLC over the past few months with us. Jack has been backed a couple of times, with his first time ever mounted, happily walking and trotting around, even displaying some canter strides. Jack raced as a pacer however we have never seen him pace both in the paddock and under saddle. Jack has a phenomenal and large trot and literally floats through the air! He proved to be very quiet under saddle although green and took everything in his stride. He is a very authentic type and shows a nice canter in the paddock so would suit a range of disciplines. Video of his wonderful movement can be provided.
Price: $ 800.00 AUD GST not applicable
Listing ID: 95670