Classified Print  Add to favorites  Tell a friend  Number of times listing has been viewed: 326 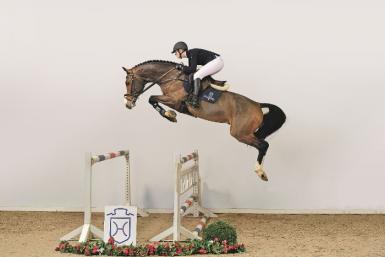 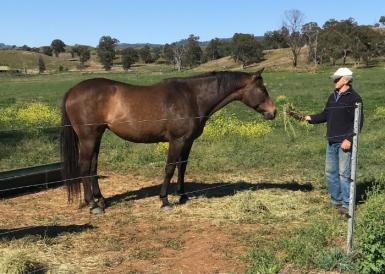 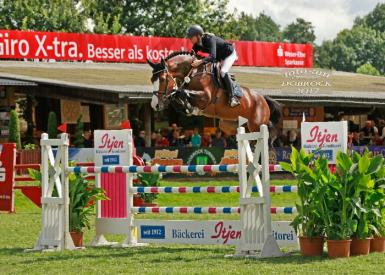 At the age of four, the stallion was already able to win two A class jumping competitions under Maximilian Gräfe and placed in an L class. In 2018, Million Dollar became a serial winner in L and M level jumping competitions under Ebba Johansson. Last season, Million Dollar was highly successful in youngster classes up to S level and caused a stir with his performances. Million Dollar has been in Jos Lansink's stable since November 2019 and is presented by Frank Schuttert in international tournament sports.

Million Dollar was bought by the Holsteiner Verband in spring 2015 and licensed by the Zangersheide stud book in April 2015. He completed his 30-day test in Schlieckau in December 2015 with a rideability score of 8.25 and a score of 9.75 for the jumping ability. The approval for Holsteiner breeding took place during the January licensing in Elmshorn.

Million Dollar finished his sports test in Münster-Handorf with flying colors, which the judges commented with the following words: “We have a stallion who presented himself very calmly on both days. The gallop is very practical with enough uphill tendency. Million Dollar is a stallion who acts with a lot of pressure point in the jump phase and jumps very generously. Equally equipped with a good pull to jump. ”In terms of grades, that meant: 8.8 for ability and overall impression, 8.5 for rideability and manner and 8.3 for canter - 8.57 as weighted final grade. 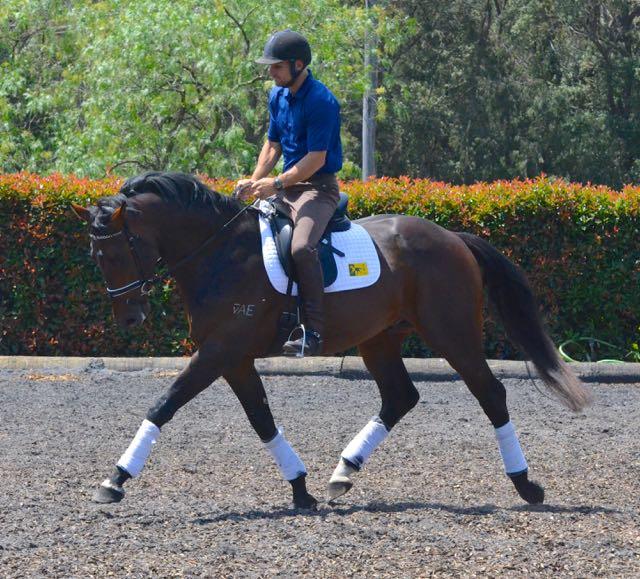