Classified Print  Add to favorites  Tell a friend  Number of times listing has been viewed: 177 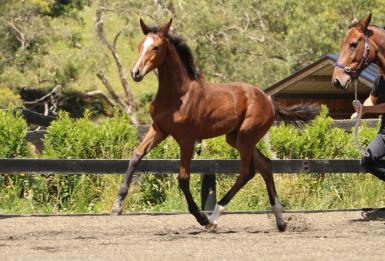 15 May
Springside
Show Phone Number
0432670312
View seller's other ads
Springside Stella is a beautiful bay filly, bred for GP dressage, by resident stallion Stedinger out of our proven producing Quaterback mare, Hollingrove Quartza. She is the maternal half-sister to Springside Fiasco; ACE Group Victorian Champion and Australian Reserve Champion in 2019. She will mature over 16.2hh and has 3 very correct, expressive paces. She will make an exceptional dressage horse, the Stedinger x Quaterback cross proven in competition arenas throughout Europe, and has great future value as a broodmare with Stedinger consistently producing high level dressage broodmares around the world. We have repeated this cross again for 2021 and are retaining the dams first filly for our breeding program SIRE: STEDINGER Stella’s sire, Stedinger competed up to Small Tour with lots of success having had wins in CDI classes. Stedinger has sired top horses across the world having produced; a Bundeschampion and medallists, a World Young Horse bronze medalist and finalists, Grand Prix winners throughout Europe, German team horses, an Olympic competitor, many licensed sons including a licensing Champion and State Premium mares. DAM: HOLLINGROVE QUARTZA Stella’s dam, Hollingrove Quartza is a modern type with three expressive paces and is an AWHA headstud book mare. She is already a proven producer with her 2018 foal attaining the highest score for Victoria and second highest score nationwide in the ‘ACE Group’ assessment tour. Hollingrove Quartza is from one of Australia’s best mare families with Stirling Faleten as her grand dam. Faleten has countless descendants competing at FEI level with many making Grand Prix. She was also the dam of five licensed stallion sons. DAMSIRE: QUATERBACK Stella’s damsire, Quaterback was the reserve champion of the 2005 joint licensing held by the Verbands of Berlin-Brandenburg and Sachsen-Anhalt and the 2006 three year old stallion champion at the Bundeschampionate with high scores for trot and canter, and 10s for rideability from both test riders.
Price: $ 15,400.00 AUD GST inclusive
Listing ID: 96548 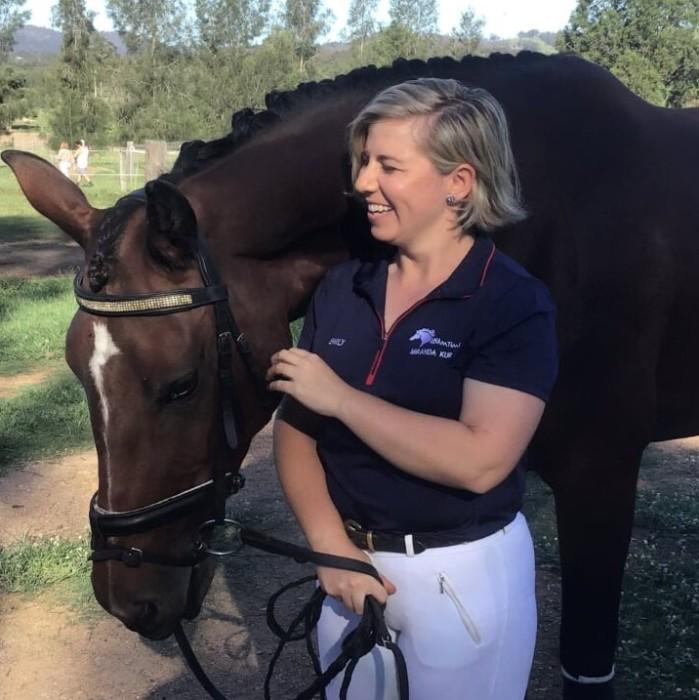 Quest for Fame mare in fo...