Classified Print  Add to favorites  Tell a friend  Number of times listing has been viewed: 1034 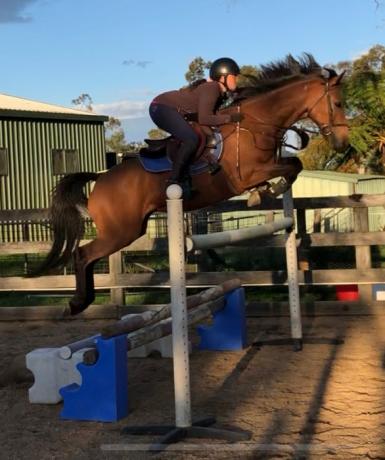 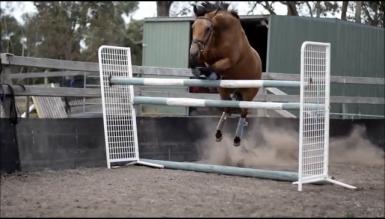 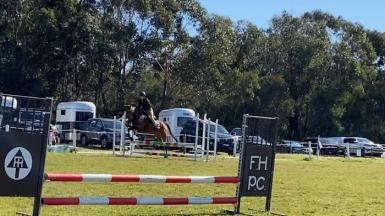 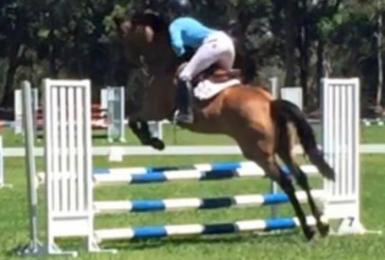 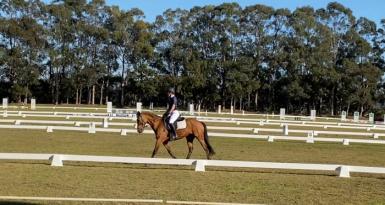 Rory has talent to burn! Straight forward, brave and careful, she would make a great Children’s series pony and with the right young rider could even make it to Junior level. She has jumped confidently around courses 90-1.1m, 1.30+ at home and free jumped 140cm as a five year old. Would suit a confident child or smaller teen who wants to be competitive.

Rory is a great allrounder having done everything from cutting to eventing (80cm) with success. She would also be a super eventer, she is bold on cross country and loves the water.  Has competed up to prelim dressage with great potential in this area too with established leg yields, shoulder in and flying changes. Has competed in dressage scoring mid to high 70’s every time. Has been to pony club and to shows but hasn’t been over jumped, her legs are still very fresh. Very fun pony, loves swimming, pony club and trails and has been ridden and swum at the beach. Is good by herself and with other horses.

Has placed at Northside Riding Club, SSJC, Rider Series and pony club comps and is the same at home as she is at shows. Good to catch/shoe/float and absolutely no buck, bolt, rear. Lovely pony to have around.

Reluctant sale due to rider outgrown. $15000