Classified Print  Add to favorites  Tell a friend  Number of times listing has been viewed: 1818 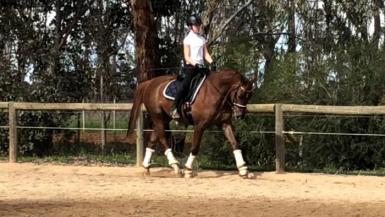 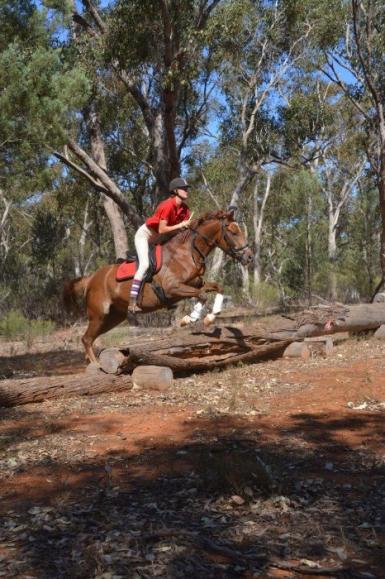 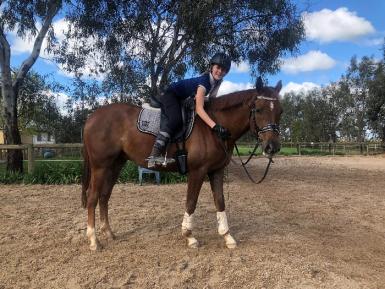 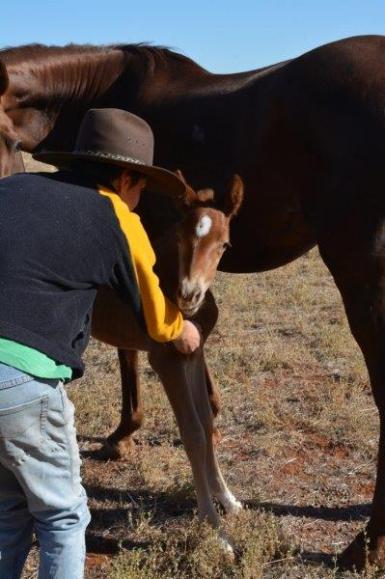 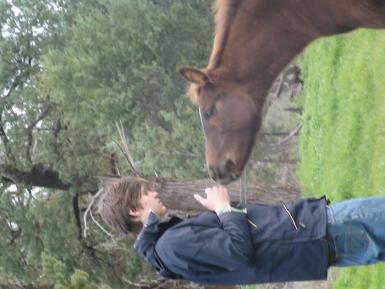 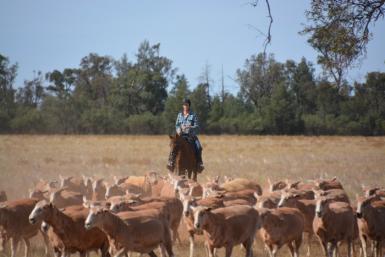 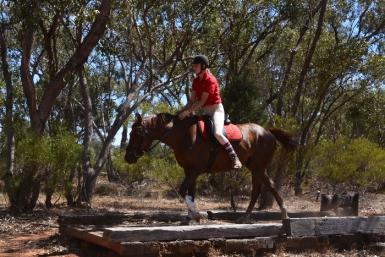 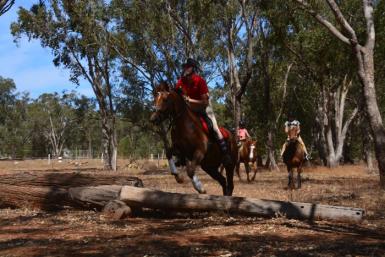 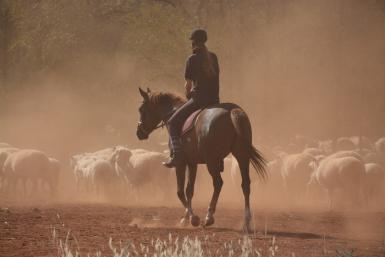 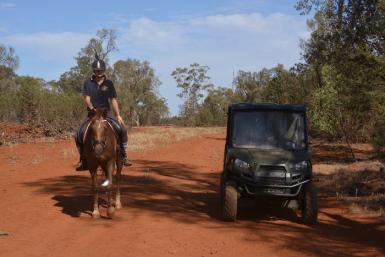 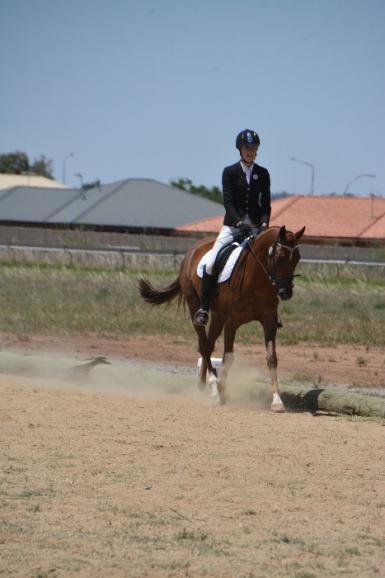 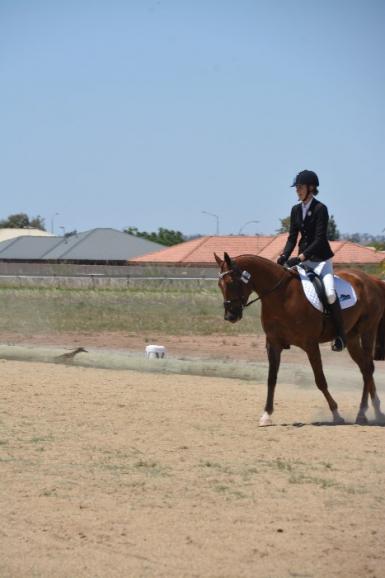 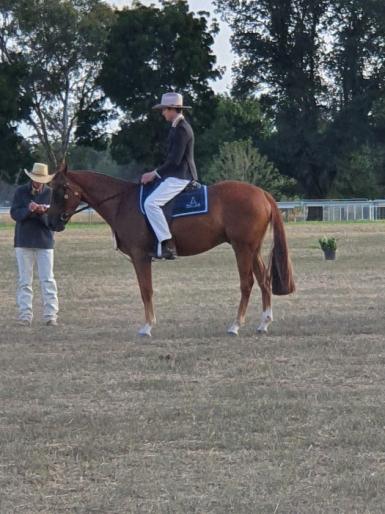 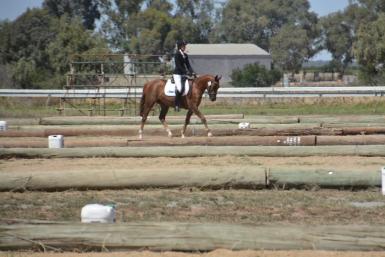 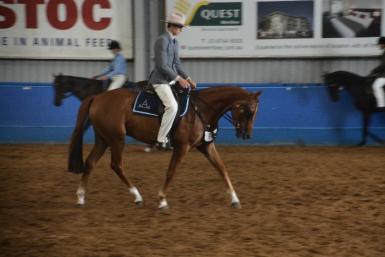 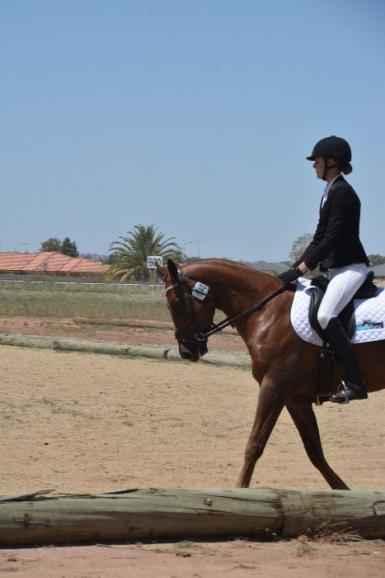 Nitro is a solid, quiet, very cute, 4yo (DOB 18.8.16) ASH Chestnut gelding, with 4 white socks. Nitro is currently 15.2 1/2hh, so may get to 15.3hh. He has 3 even paces and is exquisitely still in the bridle. This youngster has the best natural stop and turn that I have ever seen. It was obvious even the first day on the long reins, under saddle they are coming together nicely, it was just something that we never had to teach, it is just all natural talent. Still in saying all of the above, he is a very sensible fella to do anything with. He seems to have the ability to go at whatever the rider’s level, which is so nice. We now have 5 youngsters by the same stallion’ Timberlea Dark Knight, and we are very happy with every single one of them. Nitro is the pick of them, if you are looking for a great little work horse, with natural ability. He loves to work, every day he waits at the gate and just loves to get the gear on and do whatever you want to do. He was broken in as a 2yo and had 12months away on agistment. He came back after 12months and just stepped straight back into where we left off. He is happy to go out on his own or with others. He has been to PC rallies and was faultless in every way, loves doing stock work around the farm. He is happy to sit behind a mob of stock all day, and loves to lope along and push up stock and switches on when asked. Also been out competing at Dressage comps, local shows, branch shows and state championships. Nitro has also attended dressage lessons since Dec 2019, with a middle aged lady. He has a coat like velvet in summer, and a lovely short winter coat, just like his mum. Gives an easy ride, good to float, (truck or straight load) trim, catch, rug etc. not a worry in the world. He has no vice on the ground or under saddle. He has never bucked, bolted, reared, bitten, kicked out or even given us the idea that he was thinking of it, but he is very funny at home, we are always laughing at him. He is very honest and just loves to be ridden. After 2 years without any paddock feed, we decided to lease him to a middle aged lady wanting to get back into competing after 20 years off. Just a roughy in the paddock to get her confidence on. Well she has had the best time competing with Nitro and is just thrilled with the way he is going and the confidence he has given her. You will never find a nicer horse or a horse to give you more fun than this boy. With his amazing work ethic and ride-ability this horse is one in a million. Everyone who knows this horse all say the same, he would just suit so many people and disciplines. Ridden today (24/8/20, footage to be viewed by link soon) by a 12yo girl and both horse and rider had a ball. Nitro would make a super little ASH junior horse, as he puts 110% into everything he does, with his wonderful attributes listed above. He is just a kind willing little horse with no dirt. A pony clubber wanting a safe, fun ride, a mum wanting to get back in to riding after a few years off, even an older person wanting their last forever horse. Never been to the vet other than to be gelded, never had colic or any other issue health wise. A recent vet check has been done and he passed with flying colours. Currently in Jerilderie, references available, 100% sound, blemish free, with a money back guarantee. Asking $15000 ONO         ;     Phone: 02 69726208