Classified Print  Add to favorites  Tell a friend  Number of times listing has been viewed: 62 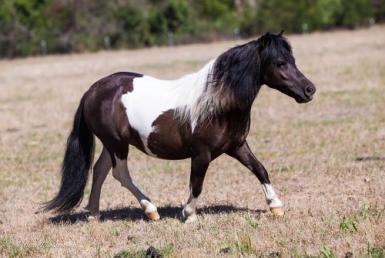 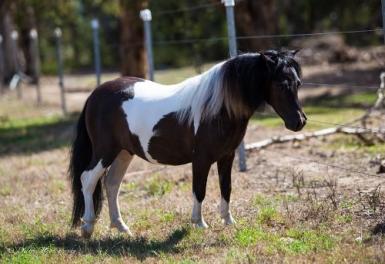 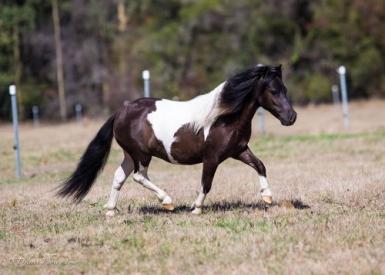 31 Jan
winky73
Show Phone Number
0418878613
View seller's other ads
EOI
DELTREE ACCLAIM
Sire: Glenelen Dynamite
Dam: Ambaura Zafina
​
Australian Miniature Pony Piebald Colt
Registered AMPS, APSB
​
Born 2018
ACCLAIM is an exciting young prospect with plenty to offer in the show circuit and breeding barn. From the super sire, GLENELEN DYNAMITE, comes this colt with elegance, natural charisma and temperament. His dam, AMBAURA ZAFINA, is a movement powerhouse and has passed her shoulder and refinement on to her only son to date.
ACCLAIM features the likes of the great's of SHANUSTI STUD's breeding program in his direct grandparents - SHANUSTI SUNDANCE KID and SHANUSTI MARDI GRAS. Not to be outdone, the incredible show mare BUTTERFIELD BRIDGET features as a grand-dam on his sire's side. With a culmination of some of Australia's most sought after breeding, this truly makes him a unique offering for the astute breeder.
Already a proven champion, ACCLAIM has wowed the judges and already brought home several broad sashes and a Supreme Miniature Pony exhibit under the esteemed Scott Benjamin from a limited show career. He is in show condition and has been prepped to contend the upcoming February shows.
This colt is truly a delight to have around and is sure to be an indomitable stallion of unsurpassed quality. Colts like this just don't come on the market. We expect him to mature approximately 82cm and he is dual registered with AMPS and the APSB.
We invite your interest. ACCLAIM is priced at $2000 and is located near Raymond Terrace, NSW. Due to the tough conditions everyone is facing, I will consider Paid in full offers (within reason) to a show home.
Price: $ 2,000.00 AUD
Listing ID: 91197